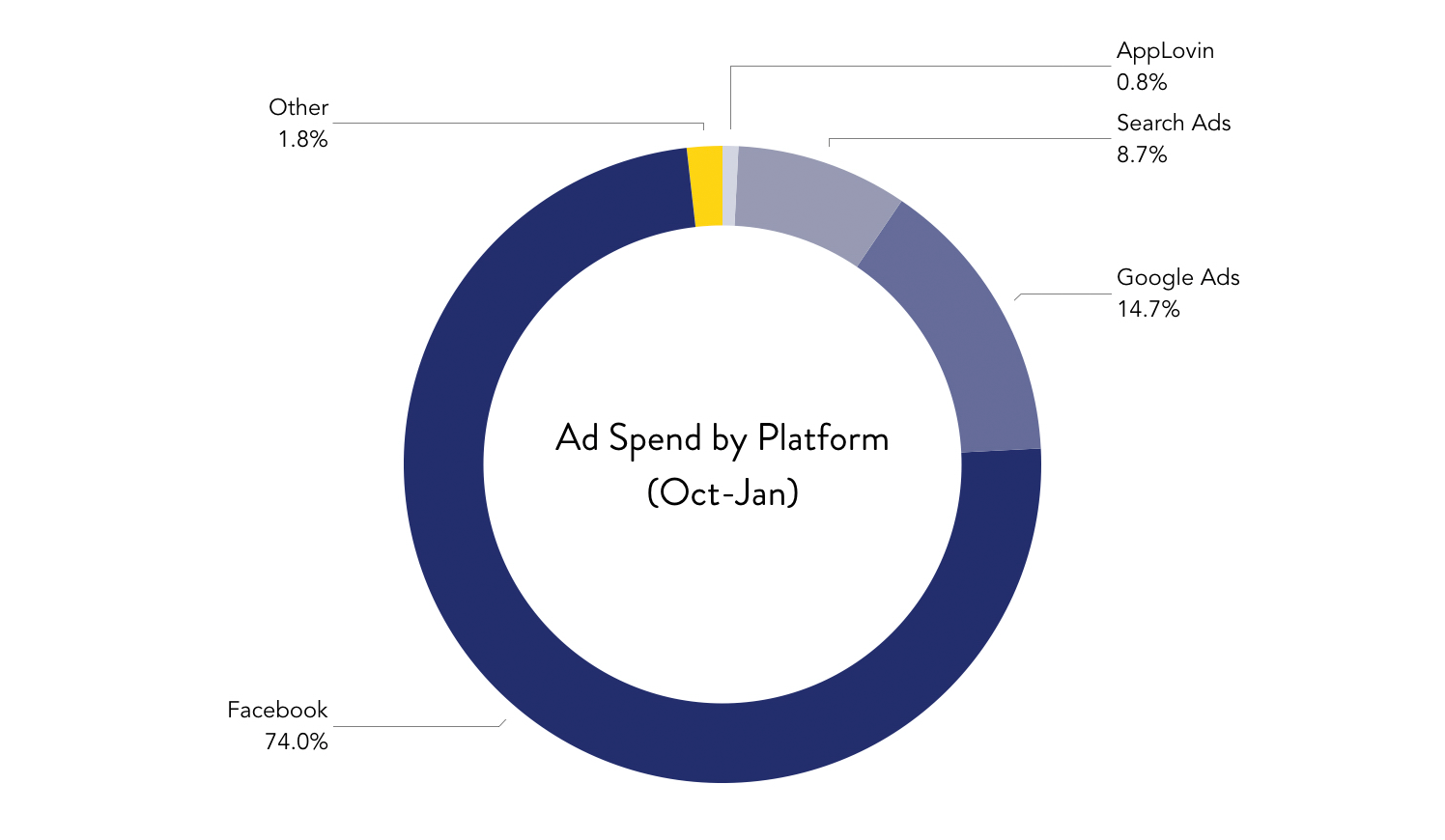 GamechangerSF recently published data about the top global media channels for mobile app ad spend, quality, and scale. At Braavo, we fund user acquisition and growth for mobile apps and games – which means we have a unique view into what founders and developers are spending on.

We decided to analyze our own data from the past 3 months to determine in which channels our users have been investing. For this data set, we analyzed tens of millions in ad spend, but excluded major industry leaders to provide more relevant data for our audience.

Across the board, we found that Facebook takes up the majority of ad spend across both of our gaming and non-gaming portfolios. Somewhat surprisingly, for gaming apps, Facebook had a disproportionate share of the market. We’ll delve into that a little further below. 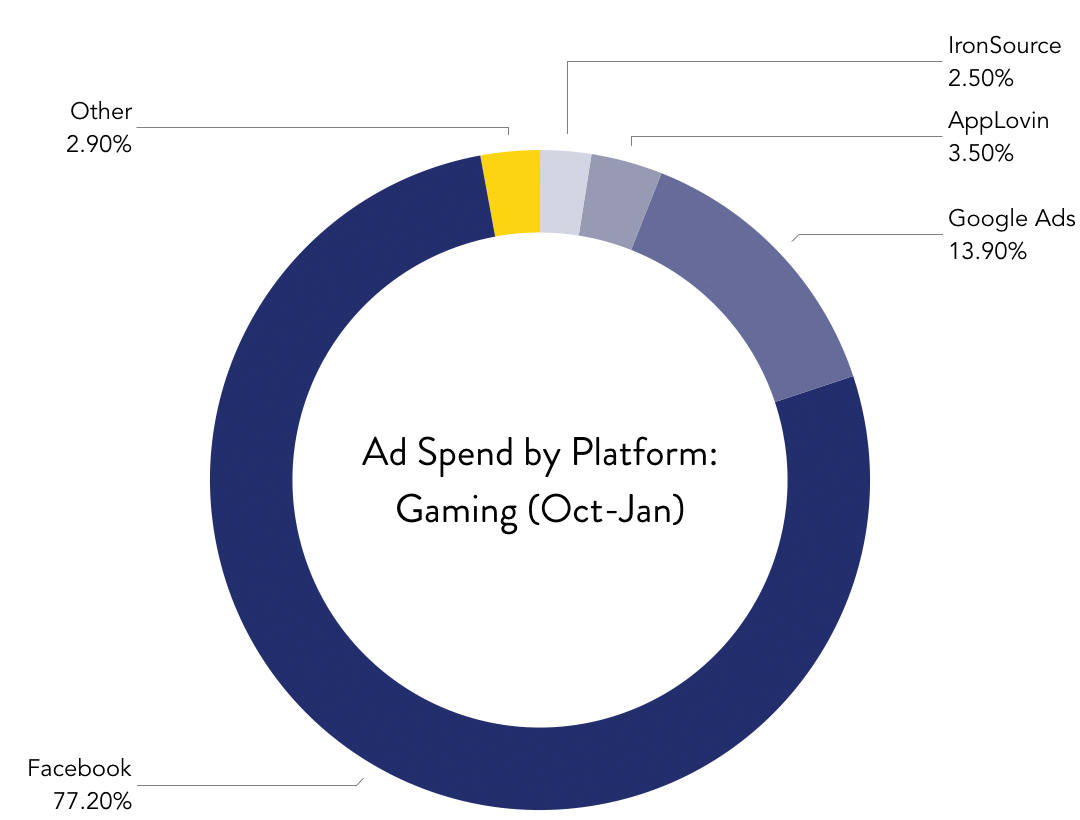 Facebook drove almost 80% of spend, with the remaining 20% split between Google Ads, ironSource, AppLovin and a handful of other gaming-specific ad networks. As we hinted earlier, for the gaming segment of our portfolio we would have expected a broader distribution across platforms like Applovin, IronSource, Vungle, Unity et al. As it turns out, unless you’re spending millions per month on marketing your game, it probably makes sense to allocate the majority of your time, energy and resources on Facebook (and to a lesser extent Google) until you exhaust the audiences on those channels.

For our general/subscription portfolio, Facebook is still a major driver of growth. However, other channels took up a greater proportion of ad spend compared with games: 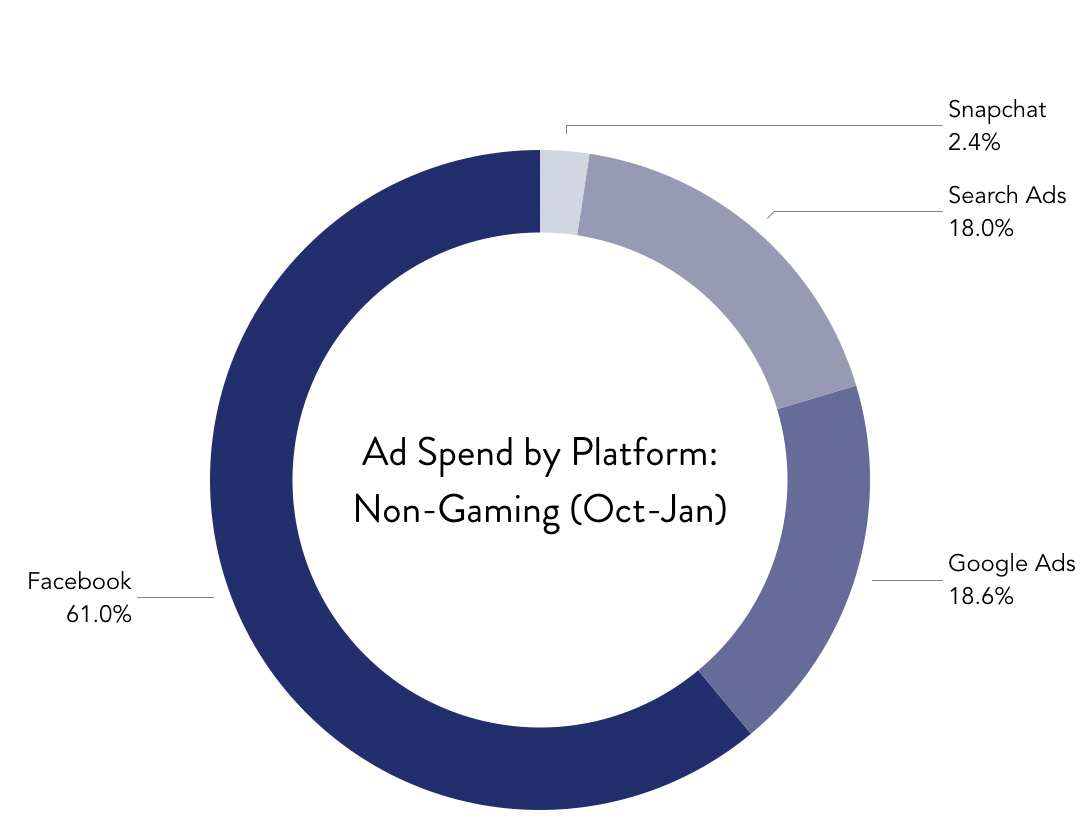 Facebook drove about 60% of ad spend, Google Ads and Search ads accounted for about 37%, and a small percentage went to Snapchat.

In general, we found that most gaming apps (outside of the market leaders) are continuing to invest heavily in Facebook. Non-gaming apps, health and fitness or entertainment apps, play a similar but somewhat different game, distributing spend somewhat more evenly across other channels, including newer platforms like Snapchat. 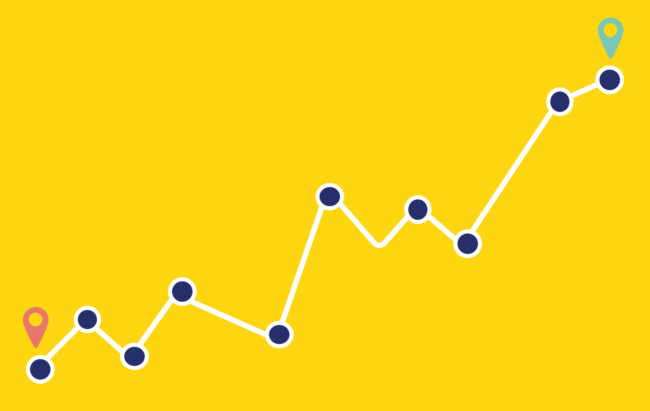 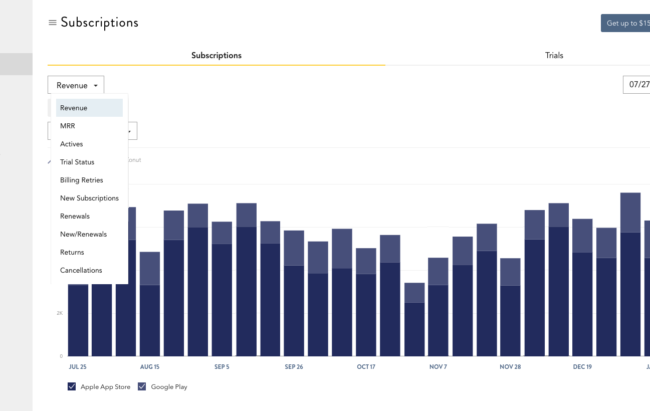 The Ultimate Guide to Braavo Analytics

The success of your subscription app business relies on how well you can gather, analyze, and apply data to your advantage. You may have high quality content and branding, but… 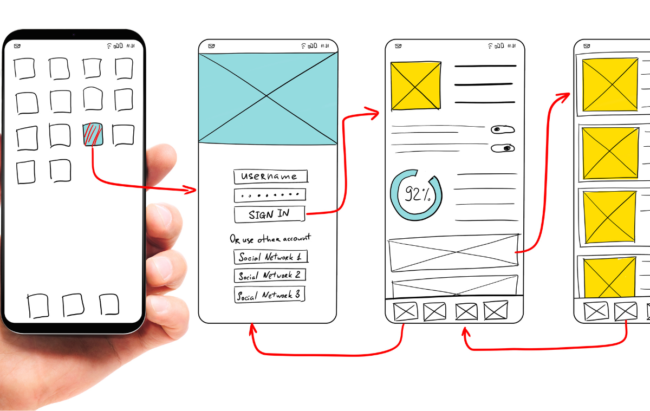 As a funding partner for over 8000 app businesses, Braavo has seen numerous app growth hacks in practice, and we have the data to support what works. In this month’s…